If interested in coaching at the IP/Learn to Play or Mite programs please contact our IP/Mite Director Trevor Bauer at bauertrev1327@gmail.com

NO SKATER CAN TAKE THE ICE UNTIL PAID IN FULL

No refunds possible at this time

Registration will be capped at 50 Mites and 50 IP/LTP

A few key points for these program this coming season.

Any question please email us at this link

SQUIRT-MIDGETS
If you are a SQUIRT-MIDGET player interested in playing for the Central Outlaws in 20-21 send an email to centraloutlawshockey@gmail.com

This is an update from the Board of Directors pertaining to progress within the sport of ice hockey for the upcoming season. Registration for travel teams will begin as scheduled due September 5th thru our sportsengine (website) registration process. You will need to have completed the USA hockey membership before beginning the registration process.

House programs will begin for Initiation and Mites October 8th and 9th.   Registrations for these programs have also been open and are due by October 5th. Same procedure required and USA hockey membership must be completed before registering.

NYSAHA Hockey has submitted a recent phased in request to the governor’s office for consideration by NYSAHA president Joe Baudo. This request will allow for phase 1 low to no contact practices reflecting a clinic like atmosphere to begin officially October 1. Phase 2 will allow for competitive practices, games, scrimmages, and tournaments to exist within the state of New York. Phase 3 will allow for games and tournaments to exist outside of New York.   These phases will have to be approved by state officials with specific timelines, however if successful we can return to a somewhat normal hockey season.

We as the board would like to inform you that currently the sport of hockey can and does exist thru clinics and camps following New York State guidelines of high- risk sports. Therefore we have asked Community Recreational Center and Speedskills Hockey to volunteer their services and offer our membership complimentary free clinics during your regular pre-determined practice sessions until NYSAHA allows Associations to begin operations. We would like to thank both companies for their generous donation, allowing the kids to begin hockey clinics starting September 14th and continuing until NYSAHA permits regular season activity.

You will find your clinic times posted on the Outlaw website and to participate you will need to be fully registered thru the sportsengine registration portal at fingerlakeshockey.com. Speedskills Hockey and CRC will be conducting temp checks at the door for all participants and parents. Face coverings are required at all times, until players enter the ice surface and everyone is asked to follow arena safety protocols.

One parent per family regardless the quantity of children is permitted to enter the facility as of September 14th while clinics are in session, parents are required to wear face coverings and observe social distancing. Temp checks of parent will be performed and strict guidelines of viewing from the bleachers and along glass area enforced. It is strongly suggested however parents do not enter the facility, please remain outside and wait for clinic sessions to end, to ensure any unnecessary or additional exposure of COVID -19.

Central Outlaws – Board of Directors

I write as President of the New York State Amateur Hockey Association, Inc. (“NYS Hockey”), a New York not-for-profit corporation.  NYS Hockey is the sole corporate affiliate of USA Hockey, Inc., in the State of New York, with exclusive jurisdiction over the sport of amateur ice hockey as sanctioned by USA Hockey within the State.  NYS Hockey has approximately 55,000 members, comprised of ice hockey players, coaches, managers, officials and volunteers throughout New York State.

By this letter we are requesting statewide guidance for our members and their ice hockey associations regarding the phased resumption of the sport.

So far this season, NYS Hockey has followed the Guidance provided to us by the State of New York, suspending the play of ice hockey in the State pending the reopening of the sport.  We seek permission for our membership to begin playing a limited version of ice hockey for both minor-age players and adults, subject to the safety precautions contained in the Department of Health’s Guidelines for ice hockey as a higher-risk sport, as follows:

• Immediately resume what the Guidelines refer to as clinics, comprised of individual or distanced group training and organized no/low contact group training.  For ice hockey purposes, clinics would include team practices and other drills performed on a non-competitive basis.  Travel outside of the “home” rink would not be permitted.  Non-competitive means that ice hockey “checking” will not be permitted; and that individual players, and groupings and teams of players will not engage in scrimmages or games.  All activities would be conducted in a manner that conforms to the safety measures mandated in the Guidelines for higher risk sports.

• The above opening phase of ice hockey would be followed with a limited version of more competitive ice hockey; safety and the Guidelines then in place permitting.  We suggest a target date of October 1, 2020.  This next phase of resuming hockey activities would permit checking where it ordinarily is permitted.  For example, youth hockey does not permit checking until the player is 13 years old which we refer to as the14U classification; and girls-only hockey does not permit checking at all. This second phase of hockey would include competitive team practices, tryouts, drills, scrimmages, and games and tournaments, and would allow for travel by players and teams to other rinks but only within the State of New York.  All activities would be conducted in a manner that conforms to the safety measures mandated in the Guidelines.

• A final phase of hockey resuming would involve all hockey activities being permitted, including travel outside of the State of New York, but respecting the safety mandates of the Guidelines then in place.  We do not suggest a date for this, and would await further guidance from the State.

In the initial and 2nd phases no locker rooms will not be available as the players will to arrive at the rinks dressed to go on the ice, unless a variance is granted for these phases. The assocaitions shall work with the rinks to make sure that all cleaning shall follow the guidelines as set forth by the NY State Health Department.

I am available to speak with your staff at any time about this.  Thank you for your kind attention to this request.

cc: NYSAHA Board of Directors 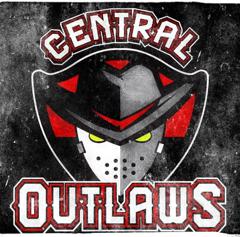 USA Hockey has ZERO TOLERANCE for abuse and misconduct

FLRHA prohibits all types of physical abuse, sexual abuse, emotional abuse, bullying, threats, harassment and hazing, all as described in the USA Hockey SafeSport Handbook.  Participants, coaches, administrators and volunteers in FLRHA may be subject to disciplinary action for violation of these locker room policies or for engaging in any misconduct or abuse or that violates the USA Hockey SafeSport Policies.

FLRHA adheres to USA Hockey’s SafeSport Program as a means to help protect its participants from physical abuse, sexual abuse, mental abuse and other types of misconduct (including emotional abuse, bullying, threats, harassment and hazing). FLRHA maintains home ice operations at the following facility; The Rink, C.R.C. The facility offers locker room for players and coaches; some of the locker room facilities have common area restrooms and shower areas. Teams in our Association also regularly travel to play games at other rinks or arenas and those locker rooms, restrooms and shower facilities will vary from location to location.

LOCKER ROOM MONITORING:  FLRHA has limited and predictable use of locker rooms and changing areas (e.g., generally 30-45 minutes before and following practices and games). This allows direct and regular monitoring of locker room areas.  While constant monitoring inside the locker rooms and changing areas might be the most effective way to prevent problems, FLRHA understands that this is not always feasible.  FLRHA works with all the coaches or administrators to assist in creating and maintaining a safe and respectful locker room environment. FLRHA requires that all coaches & administrators that have supervisory responsibilities or access to locker room supervision be safesport certified and have a screening completed.

·        Parents in Locker Rooms: Except for players at younger age groups, including but not limited to I.P. & Mites, FLRHA discourages parents from entering locker rooms. FLRHA asks that if a player needs assistance from a parent, that assistance occur outside the locker room defined area. Naturally, with the youngest age groups it is necessary for parents to assist the players in getting dressed. FLRHA encourages parents to teach their players as young as possible how to get dressed so that players will learn early how to dress correctly and independently.  In circumstances where parents are allowed in the locker room (which will be indicated solely by coaches), the coaches are permitted to ask the parents to leave for a short time before the game and for a short time after the game so that coaches may address the players. As players get older, the coach may prohibit parents from the locker room.

·        Mixed Gender Teams: Some FLRHA teams consist of both male & female players.  It is important that the privacy rights of all players are given consideration and appropriate arrangements made. Where possible and if requested, FLRHA will have the male & female players dress/undress in separate locker rooms and then convene in a single locker room before the game or team meeting.  If separate locker rooms are not available, then the players will take turns using the locker room to change (if requested by the player(s) or parent(s). FLRHA understands that these arrangements may require that players arrive earlier or leave later to dress, but that this is the most reasonable way to accommodate and respect all FLRHA players.

Coaches have kept sports alive in 2020. Has your kid's coach helped them through this crisis?Nominate them   for a chance to win $2500!